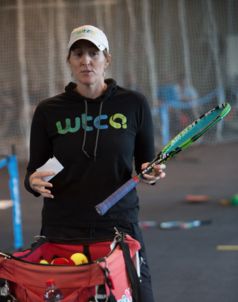 An Australian native, professional tennis coach, Sarah Stone has been coaching on the WTA tour for over 10 years. A former professional player, Sarah has a vast amount of experience at the very top of women’s tennis. Currently, she is the coach of American Fed Cup player Alexa Glatch. Formerly, Sarah was the coach of Samantha Stosur who was a 3-time grand slam champion whilst under her tutelage.