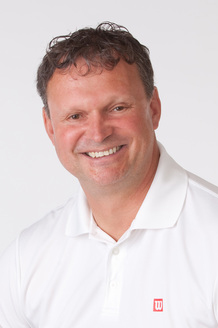 Former Slovenian Junior Davis Cup Captain & Junior Olympic Coach, Coach of Several Top Tennis Players, Lecturer, and Consultant Iztok Bombac has contributed greatly to tennis both in his native country and in the USA. Since 2014 he has been a Tennis Pro at Life Time Peachtree Corners, premiere Atlanta tennis facility and USTA Regional Tennis Center.

Prior to that, Iztok was Managing Partner & Head Pro at Blue Dragon Tennis, LLC, and from 2000-2010 Manager & Head Pro at TC/ŽTK Ljubljana, Slovenia, one of the most successful Slovenian tennis clubs of the 00’s.

He was also Manager and Head Pro at Tennis College Iztok Bombač, the third most successful club of the 90’s.

Iztok is the only Slovenian coach with a bronze medal from the European Team Club C’ship for Men (2003). He was long time coach of Blaž Kavčič, the first Slovenian male that broke into top 100 ATP, and he has been Coach of several other top 100 ITF, ATP and WTA players.

Additionally, Iztok has been a Speaker at ITF, TennisEurope, PTR, USTA/USPTA, Tennis Congress and MTM Conferences. He also authors articles on tennis performance.