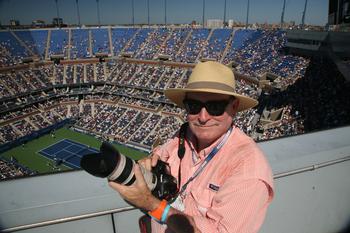 Art Seitz photographed the U.S. Open for the first time in 1968, the same year that Oscar Wegner introduced Modern Tennis Methodology to a handful of film stars in Beverly Hills.

Art served as a captain in the U.S. Air Force, but managed to get an assignment from a local newspaper to shoot the event at Forest HIlls, the year the tournament officially became “The Open.”

Today he’s one of the most well-known tennis photographers in the business.

Over the years Art has graciously permitted Oscar Wegner to share many of his amazing photographs of top players to illustrate their superior technique.

His photography has graced the covers of Time and Newsweek, and many of his iconic images such as the “Battle of the Sexes” press conference between Billie Jean King and Bobbie Riggs have captured great moments in tennis.

His artistry has documented the evolution of tennis for over half a century, and his photographs include all the grand slams and all the great players. Art recalls the days when the relationship between tennis journalists, fans and players had a more intimate feel.

Art has noted that today’s talent has amazing technical skills perhaps more athletic than in prior times, but comments that, “There are a lot of legends throughout the history of tennis, and I certainly don’t see anyone from the current generation who can match the personalities of a Vitas Gerulaitis, or an Ilie Nastase, or Jimmy Connors. I get a lot of pleasure from the camaraderie, the characters.”

Regarding his photographic style he says,“I’m intuitive, I notice things in people. The quality of the light, the patterns of things.” 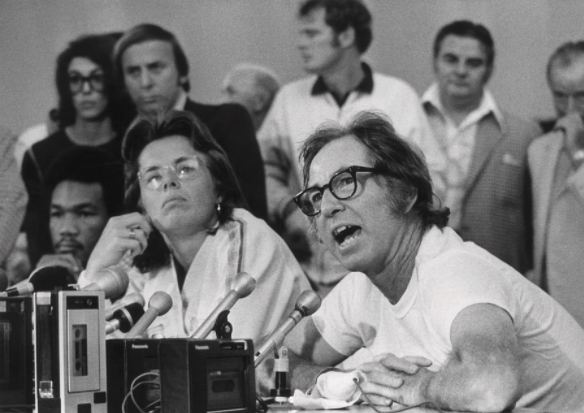