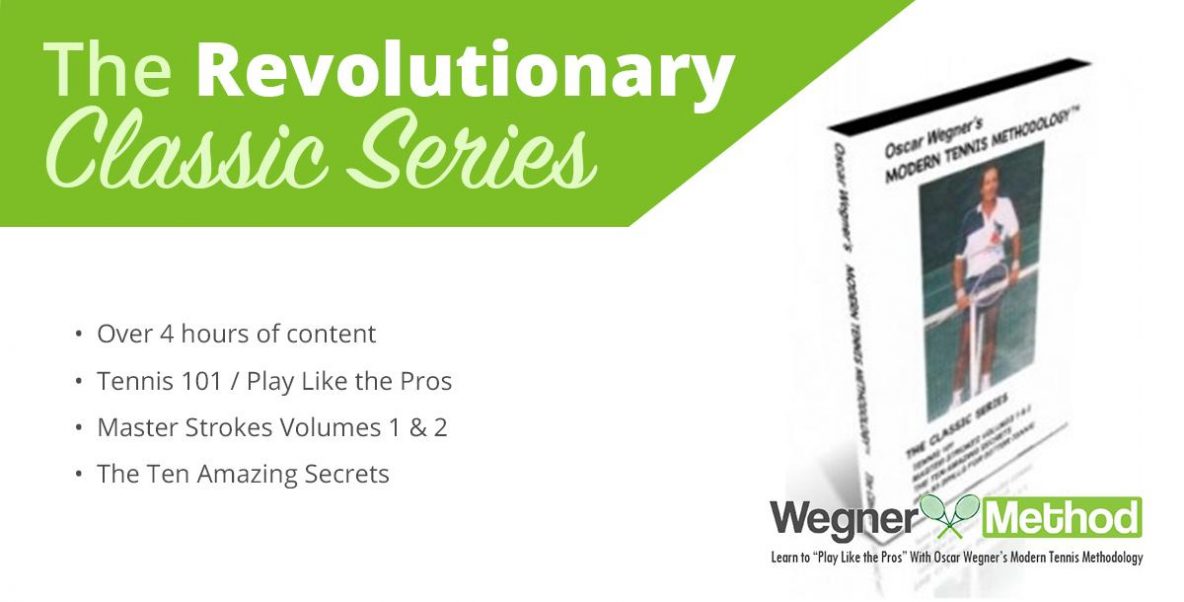 Wegner’s instructional tips were broadcast by ESPN International for 2 years and four months from five to 20 times a day in more than 150 countries around the world in English and Spanish, including airings during two Super Bowl football games, NBA Finals with Michael Jordan, Stanley Cup Finals, US Open Golf and all tennis broadcasts, generating more than 10 billions impressions on televisions worldwide. except the USA, where they were never broadcast.

There are no reviews yet.

Be the First to Review “The Revolutionary Classic Series” Cancel reply